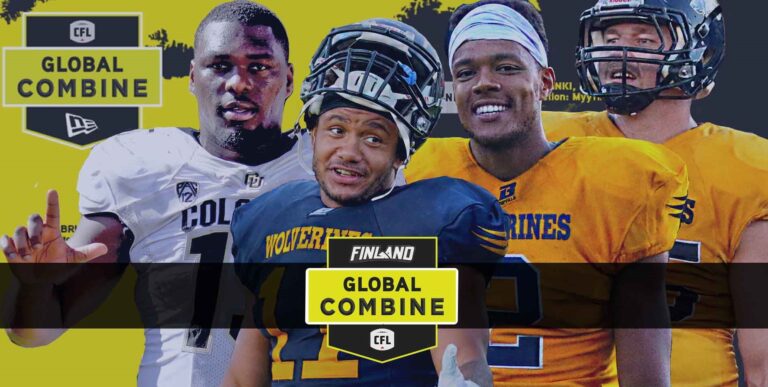 The Canadian Football League has released the list of prospects that will participate in the 2021 CFL Combine presented by New Era. Four Finnish players will take part in virtual combine organized in Vantaa 28th March 2021. A total of 169 athletes from around the world will take part in test events and the best owill be selected for official virtual draft event held in Canada.

The Finnish virtual combine will be held on Sunday 28th in Myyrmäki. Due to covid-19 restrictions, the event will be held with closed doors. No audience will be allowed in Myyrmäki Arena. Finnish participants are Micky Kyei (WR), Sebastien Sagne (WR), Chris Mulumba (DL) ja Ville Valasti (DL)

Best athletes from all virtual combines will make it to the CFL´s Global draft.  At the draft event, the nine CFL teams will draft a total of 36 global players in their rosters through four rounds of selection, each team with four picks. The event will take place on April 15th 2021.