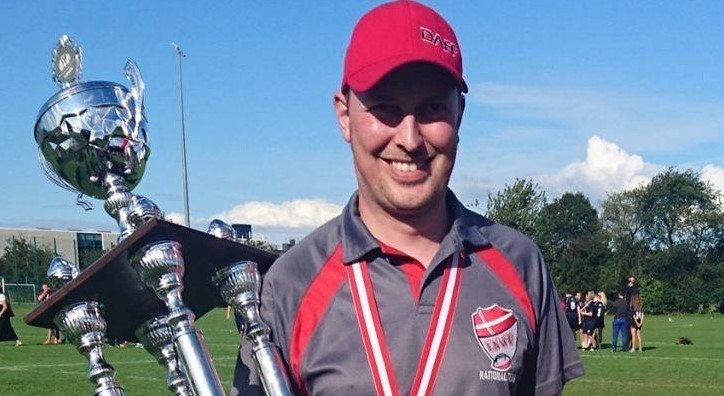 Experienced Dane Lars Abrahamsen has been chosen as the head coach of the Finnish women’s flag football national team. Finland is preparing for the IFAF flag football world championships in October 2021. Best teams from Mallorca games will qualify for the 2022 World Games held in Birmingham, USA.

Lars Abrahamsen is one of the most successful European flag football players in the history of the sport. He has been involved in promoting flag football as a notable sport in Denmark since 2002. In addition to her career as a player, Abrahamsen started coaching the sport in 2013. He was selected head coach of the Danish women’s national team in 2016. In her first coaching season, the team led by Abrahamsen won the 2017 European Championship.

The Finnish women’s national team won the first European Championships of the sport in 2005. Abrahamsen’s task is to bring Finland back to the top of the sport in Europe:

– I think I am capable and have the knowledge and experience to get flag football in Finland back to its former glory. I remember back in 2007 and 2009 there were some really good women’s national teams from Finland, and I am sure that the potential is still there. Finland is a big football nation and for me, it is a great challenge to try to bring Finland back to the top of European flag football.

Roope Noronen, President of the Finnish American Football Association, is pleased to catch an experienced and merited coach:

– Gaining Abrahamsen’s experience and know-how will certainly help us both in the development of national team operations and in the distribution of the flag ball in Finland. Flag football was earlier a big part of our activities in Finland, especially for children and women, and we were successful at both the European Championships and the World Championships. The goal is to increase the number of players back to a good level and succeed in international tournaments.

Abrahamsen will take office as soon as the pandemic restriction is eased. The Finnish national team is scheduled to prepare for the World Championships to be held in October 2021 in Mallorca.