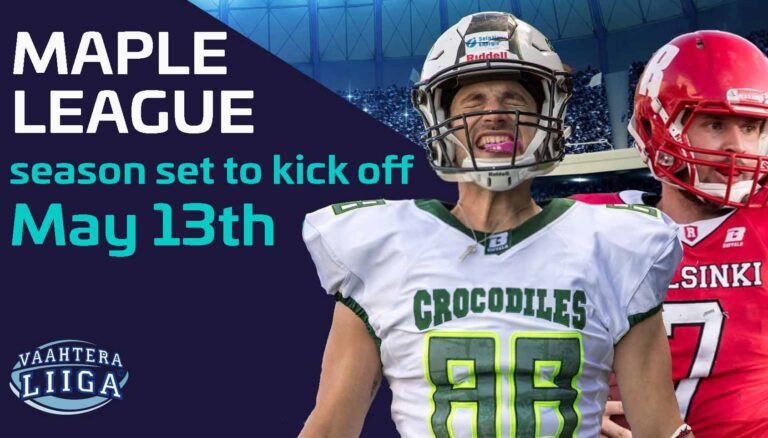 The Board of the American Football Association of Finland has confirmed the schedule of the Maple League (Vaahteraliiga) for the season 2021. The games will start in May and culminate in the Maple Bowl XLII game to be played on September 11th.

The Maple League will be played next summer with seven teams facing each other twice. Game days are Thursday, Friday, and Saturday. All 42 regular season games, semi-finals and the Maple Bowl can be watched live in Finland on the Ruutu channel and globally on AFI.tv. The kickoff times for regular season games are weekdays (Thursday, Friday) at 6.30pm and Saturday games at 4.30pm (UTC+3).

The league will have a break during Midsummer, as well as on the first weekend of August, when the Finnish men’s national team is scheduled to face Sweden in the European Championship semi-finals.

The reigning champion Kuopio Steelers will start the season chased by six hungry challengers. The new team in the league will be United Newland Crusaders from city of Lohja. The other teams in the league are Helsinki Wolverines, Wasa Royals, Seinäjoki Crocodiles, Helsinki Roosters and Porvoo Butchers.