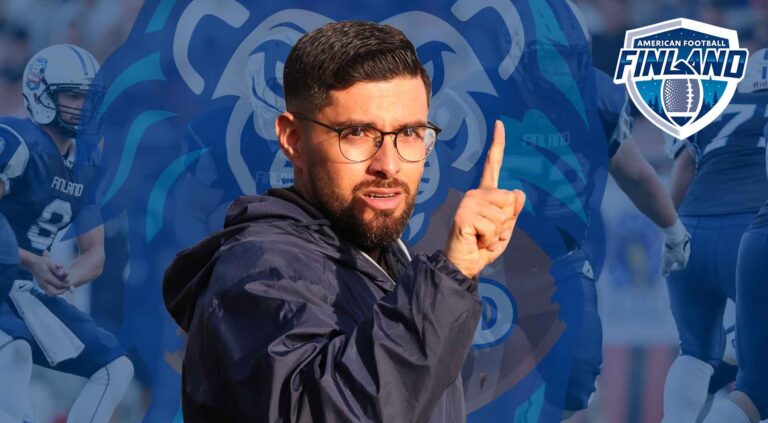 Experienced American Mele Mosqueda has been chosen as the Head Coach of the Finnish Men’s American Football National Team. Finland is preparing for IFAF European championship games played in August and October 2021.

The president of Finnish American Football Association’s Roope Noronen is pleased to have signed with Coach Mosqueda:

-A contract with Coach Mosqueda has now been made to cover this year’s European Championships. I am sure Mele will adapt well to the existing staff and will be able to help the team prepare to win the championship.

Mele Mosqueda has been coaching European club teams since 2014 in Germany, France and Poland. Finland’s National Team will be his first experience coaching at the national level and he is excited:

-At this moment, words are not sufficient to explain how much of an honor and privilege this opportunity is. I am beyond thankful to the Finnish Federation and Coaching Staff for this appointment; most of all for their trust in me.

Finland is scheduled to play the European Championship Semi-Final Game against Sweden on August 7th in Myyrmäki, Vantaa. The winner of the game will face France or Italy depending on the other Semifinal Game. The IFAF European Championship Final will be played in October. Despite the uncertainties brought about by the pandemic, Roope Noronen is confident about the planned schedule: