On Sunday, three Finnish players will play for the WFA championship

The final game of the Women’s Football Alliance (WFA) will be played on Sunday in Ohio, USA. This year, three Finnish players are fighting for the championship.

A record-breaking five Finnish players played in the WFA’s various leagues in the season that is now ending. Three of them, Boston Renegades’ Tytti Kuusinen and Janna-Jemina Seiles and Minnesota Vixen’s Jonna Tuovinen will play for the championship of the most prestigious women’s league in the USA on Sunday.

The Finnish color is also seen in the all-stars game of the series, which is played as a preliminary match of the final. Nana Olavuo, who played a strong season in the D.C.  Divas, has been honored to be part of the other All-American lineups seen on the fielda 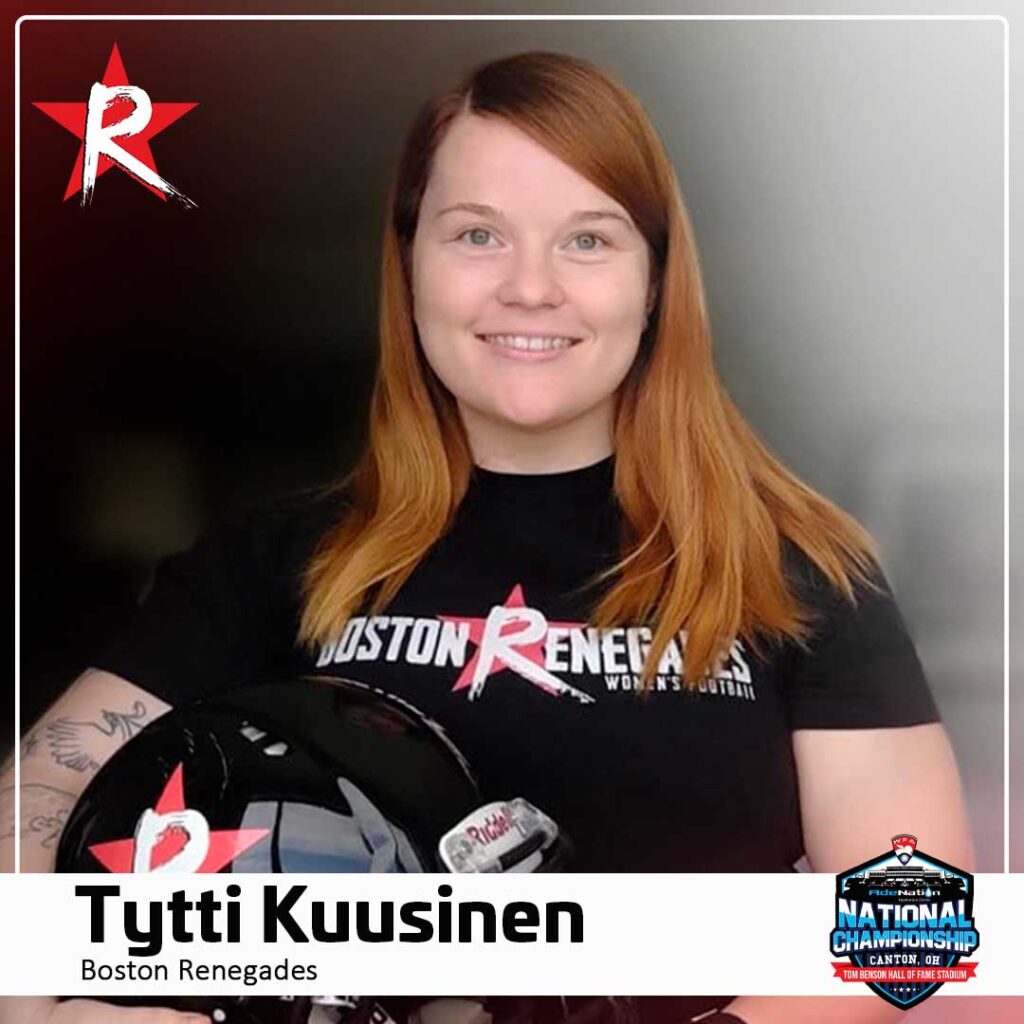 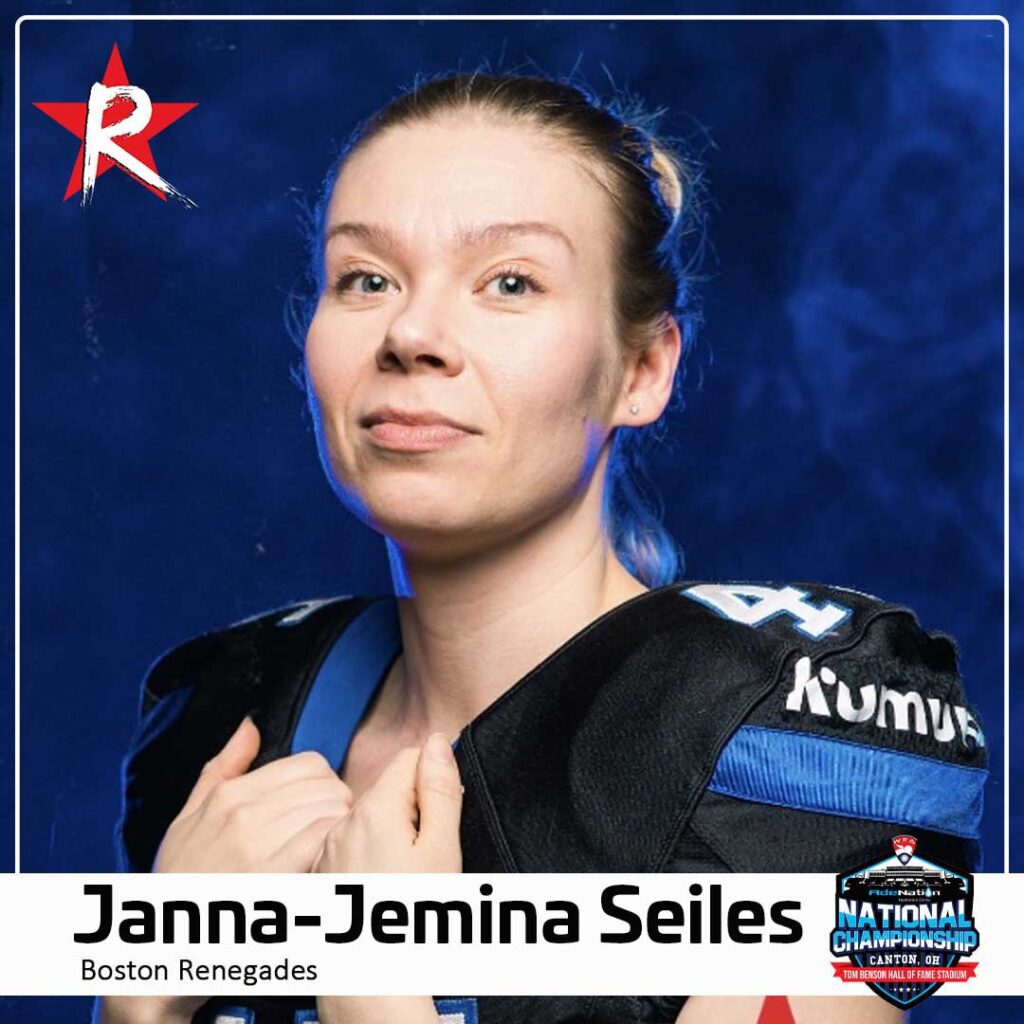 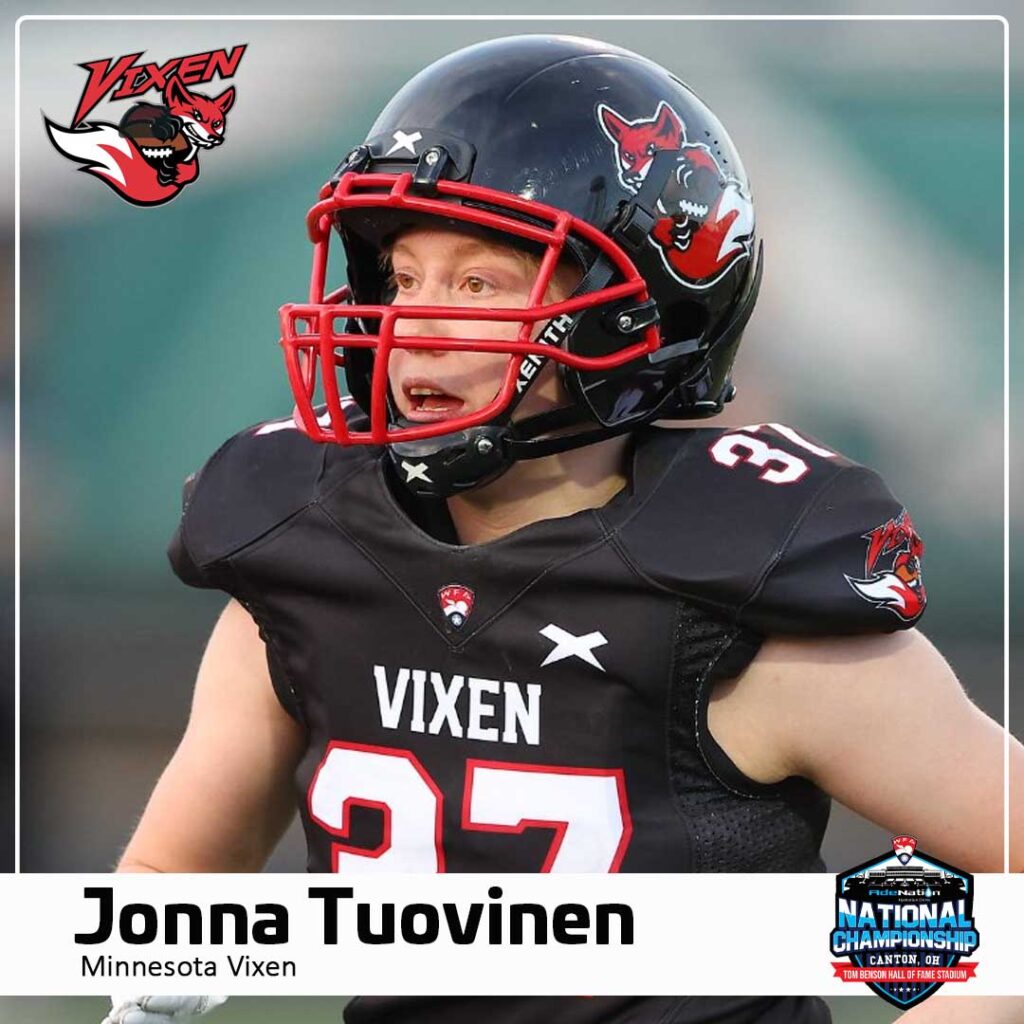 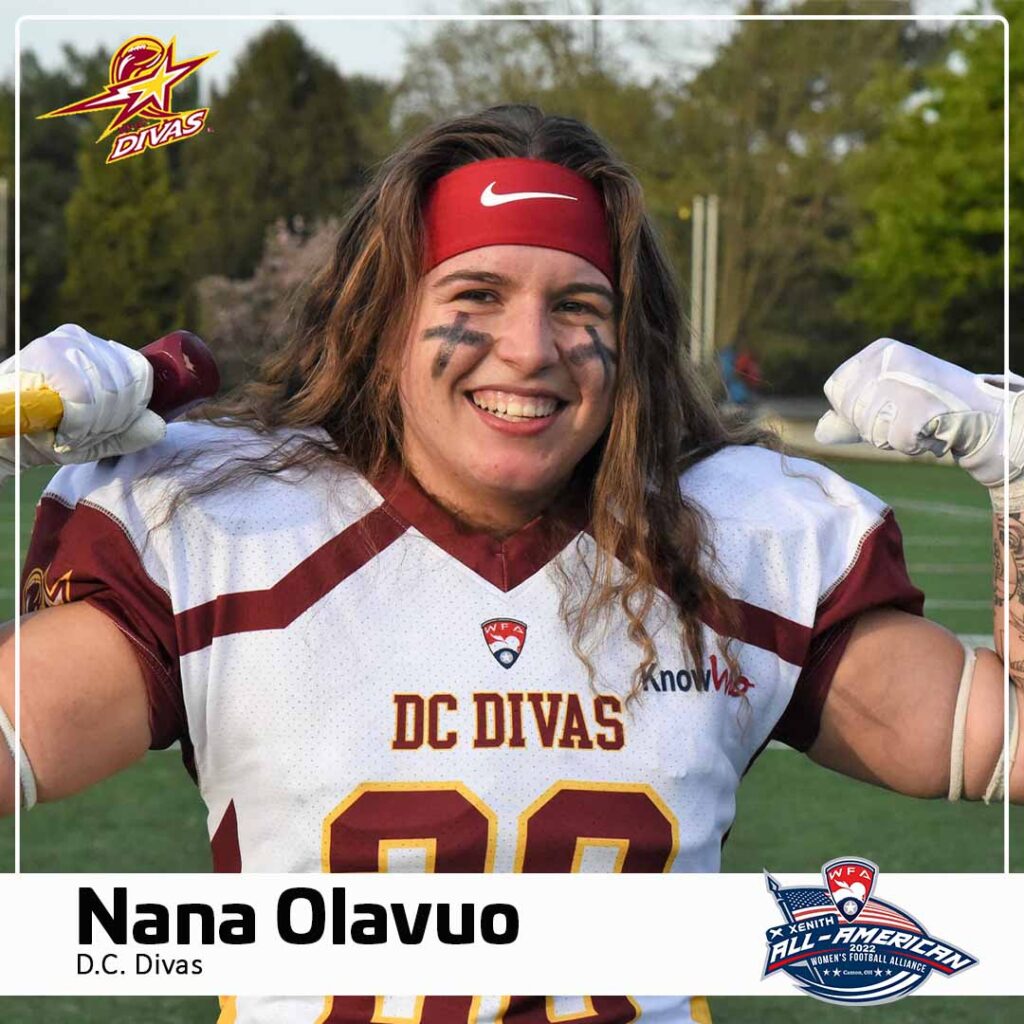 Tytti Kuusinen is expecting a great game in a big stadium

Tytti Kuusinen, who plays as runningback, has previously achieved fame on international fields with the Finnish national team, but now a new continent has also been conquered by the 29-year-old power runner. Kuusinen collected 522 yards and scored ten touchdowns in the Boston Renegades’ rock-hard attack. The number of goals entitles WFA to third place in the statistics.

In the National Conference final, the Finn was the player of the match. 130 rushing yards and a whopping four touchdowns propelled the Renegades to the WFA Finals and Kuusinen made headlines in the sports pages of the Boston Globe. Now we have the grand final in Canton, Ohio, where the Renegades are aiming for the club’s fourth consecutive championship.

Sunday’s final game will be played at 14:00 local time, which means in Ohio’s July hot weather. However, Kuusinen and the entire Boston team have prepared carefully for this. This is how Tytti commented on his mood the day before the final:

– We are going to the championship match with good spirit. We have prepared going through plays and details, watched a lot of film and a big element was also getting used to the midday heat. Up until now, the games have been played in the evening, but the final will now be played at 2 in the afternoon, and it’s guaranteed to be warm in Ohio. The team has a certain feeling of doing their own thing, but nothing is taken for granted, but every yard and point is fought for until the whistle blows.

-I believe that a great match is coming at the Hall of Fame stadium, and it’s also great that you you get national exposure when the game is shown on ESPN2.

Along with Kuusinen, Janna-Jemina Seiles, Finnish wide receiver, who can be considered the WFA’s veteran, also plays for Boston Renegades’. Seiles was already with Boston in the finals of the 2019 season, where the Renegades took the championship by defeating Los Angeles’ Cali War with a score of 52-24.

Minnesota Vixen is looking for revenge for their final loss

Minnesota Vixen was also involved in the finals of the 2021 season, where the Boston Renegades won 42-26. Now the northern team is ready for revenge, and its chances of winning are not reduced by the fact that Finnish defender Jonna Tuovinen is playing in Minnesota’s backfield.

Tuovinen, who plays for Tampere Saints in Finland, was her team’s best tackler in the regular season with 40 stops. Vixen faced Cali War from Los Angeles in their own conference finals. Minnesotans won 36-6 after a tight game. Now Vixens are ready to take what was left untaken a year ago.

Tuovinen told that a strong team spirit is the factor that makes revenge possible.

– This is really the second year in a row for Vixen and Boston to face each other in the finals, and this rematch has been very much expected. The preparation must have already started when the game was last called to an end.

– With good energy, we go for the championship. Our team is known for excellent team spirit: every game is made and lived by the whole team, right down to the touchline and the coaches – that’s our strength. On Sunday it will be a really physical game, but at the same time you have to keep your head in it all the time. There are familiar faces both from the opponent’s offense and defense, so of course it brings its own additional spice to the game!

Previous Monday, the coaching staff of the Finnish women’s national team named 14 players to the lineup for the home World Champinships starting on July 30. The names of Tytti Kuusinen and Jonna Tuovinen were found on head coach Mika Eloranta’s list.

The next announcement regarding the lineup will be made on July 15, when the team announces the 60-player roster required by the international sports federation IFAF.

The WFA championship match Boston Renegades – Minnesota Vixen will be played on Sunday 10.7. In Canton, Ohio at 14:00 local time, i.e. 21:00 Finnish time. The All-American game, where Finland and the D.C. Divas are represented by Nana Olavuo, will be played as a morning game starting at 10:30 local time. 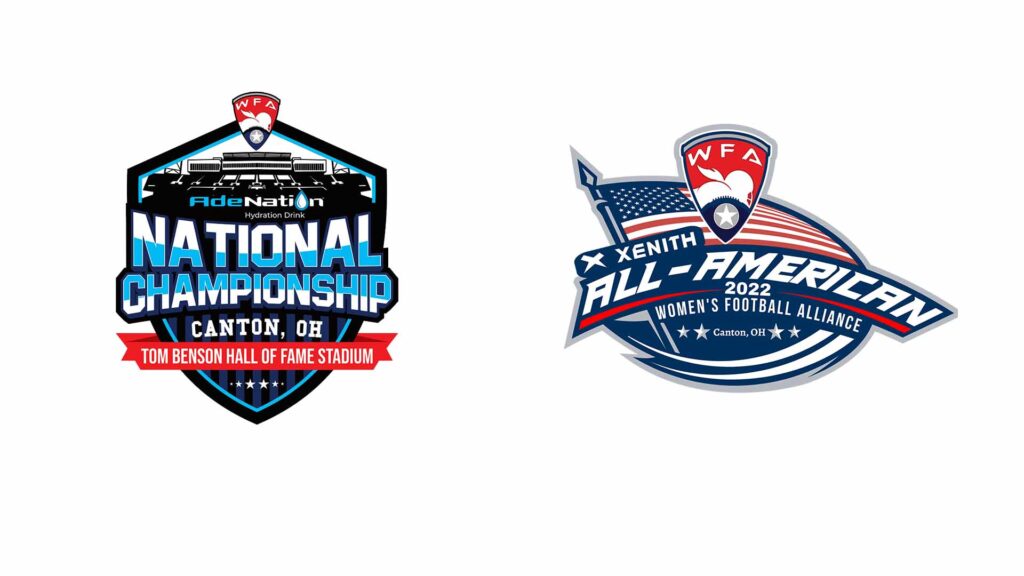 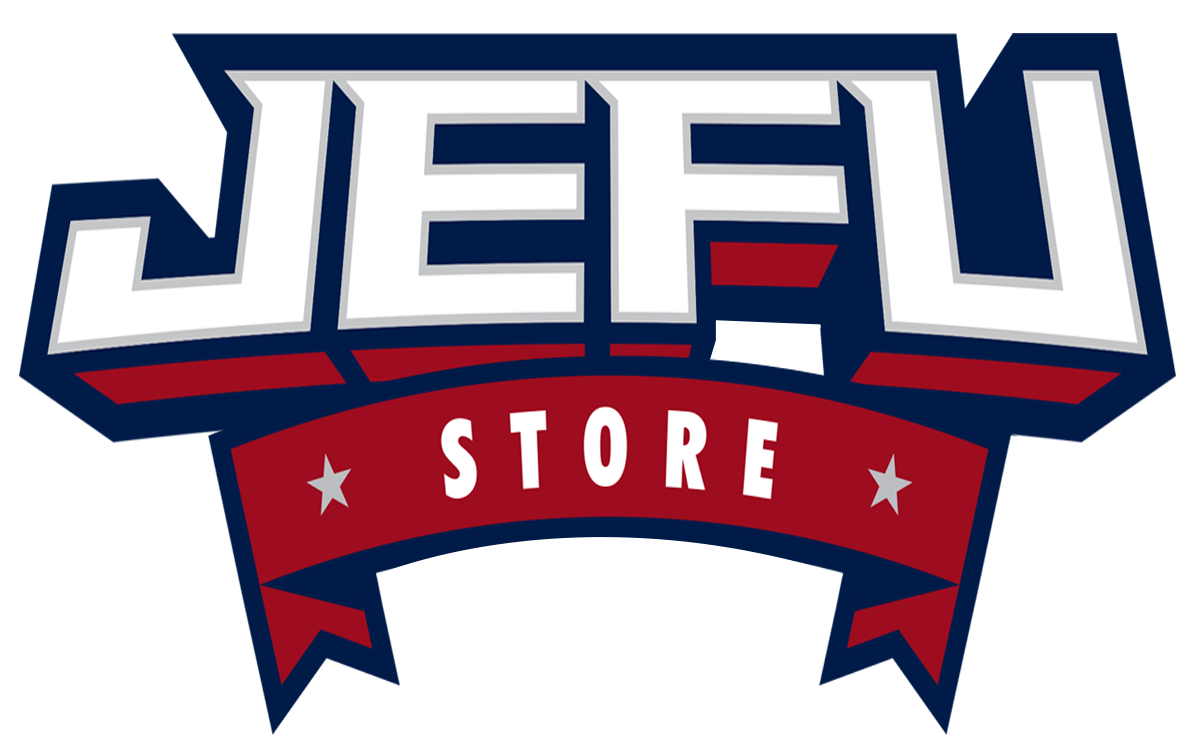